What if it is neither? - Report of seminar on intersex persons' issues

A series of regional consultations held in 2016 saw the presence and participation of individuals belonging to many of the categories under the sexual minorities umbrella. However we were unable to secure the participation of an intersex person, nor were issues faced by intersex persons discussed. Since the groups were inclusive of a range of identities, this silence stems largely from a lack of information and access to the community of intersex persons in India. We were enthused to conduct this proposed consultation on after reading We are Real: The Growing Movement Advancing the Rights of Intersex People, a report that was published by Astraea who launched the world’s first Intersex Human Rights Fund.

The What if it is neither? report captures and summarises the seminar on intersex issues held on Oct 23, 2017. Read the full report (PDF , 35MB) 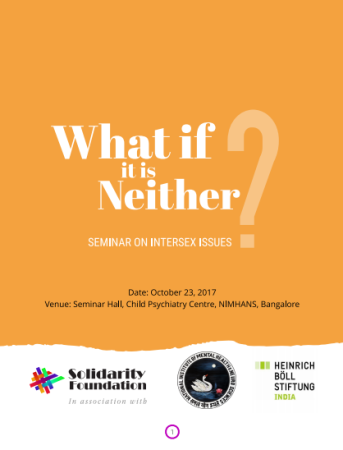 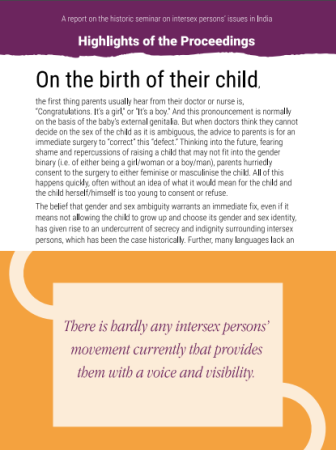